Earlier this year, Emmanuel Onyebueke had the idea to develop a Figma plugin for Iconduck. It was something that resonated with me, since I originally built Iconduck with API integrations in mind.

Emmanuel (who likes to go by Olly) started working, and I did my best to support him with updates to the API. Over a month, he was able to build the proof of concept, and get it published on the Figma Community platform.

Fast forward a few months, and after 6.6k installs, I decided to build version 2.0.0. The primary reason was that the initial version was just a proof of concept that simply dumped the vectors into a Figma design.

I wanted the new version to be brand consistent, have more features, and be faster and more flexible for future updates.

In this post, I'll go into some details on building the Figma Plugin. 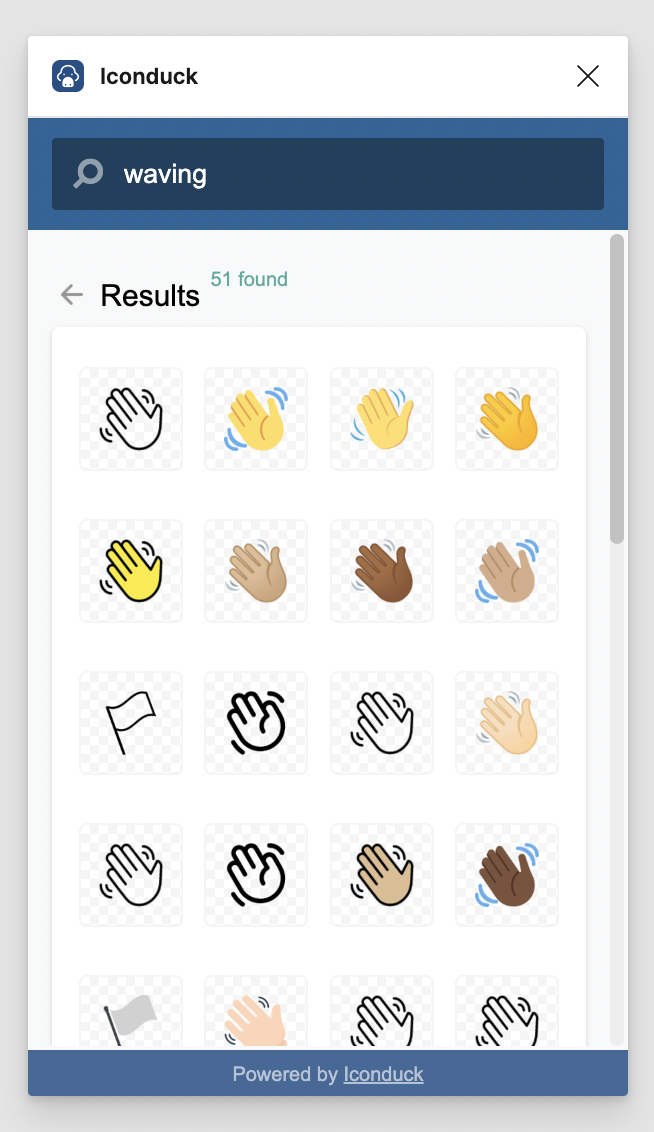 Currently, the Figma Plugin allows users to do the following:

The following was also considered:

I want to point out that the Figma Documentation is pretty solid. It's detailed, and if you're familiar with building a browser extension, you'll notice similar patterns and paradigms.

There's also a Slack group that I stumbled on that can be useful for asking questions to Figma engineers.

I ran into a number of challenges. I wanted to list some of them here.

Figma is a pretty remarkable product. I only started using it about a year ago, but I'm amazed at the execution and polish.

I'm also amazed that with very little promotion, the Figma plugin was able to get to 11k+ installs in a few months.

While there seems to be some padding on this number by Figma (😉), I can see in my logs that there's a ton of usage.

This ecosystem is still quite early, but very active. It's worthwhile to invest time into it, but keep in mind that you'll likely need to dedicate a certain mental space to developing plugins for Figma.

Tooling, naming conventions, limitations and UI considerations all exist in their own little (but valuable) world here.